I've never listed my books here on my blog before, and because I can not for the life of me figure out how to link things - oh its so easy you just do this and add this and do that - yeah, no, its all alien to me. Ain't nothing easy that has to do with computers. Well, I do love my Dragon, because it's hilarious trying to fix the mistakes! And I have to edit anyway, so why not have fun with it for a little while?
No that's a lie. Sorry. I still hate editing. Bleck.
Yeah, back to the point of my blog. Did I ever say I love writing? Because I do. I really really absolutely positively love it. 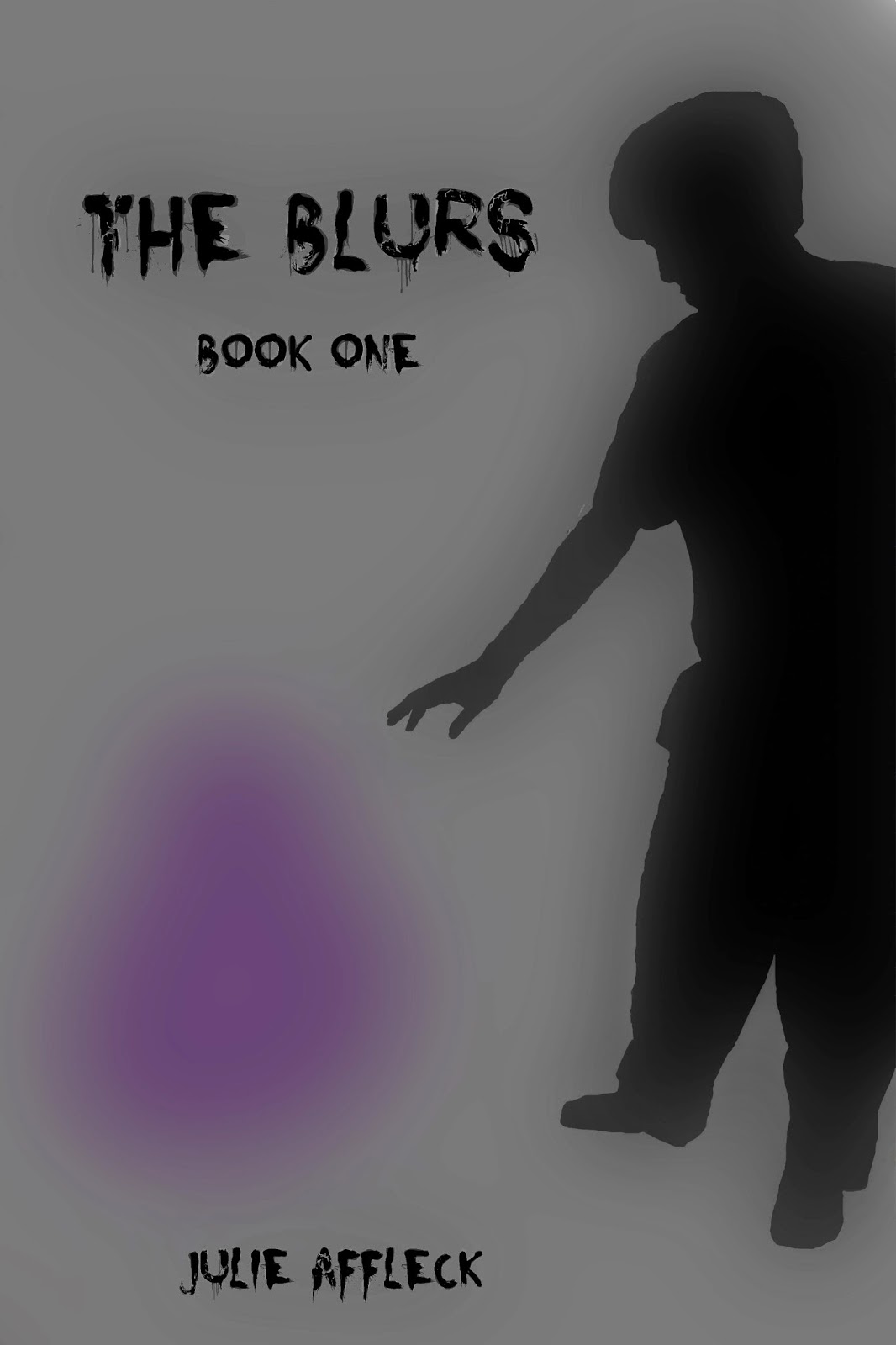 Life goes from strange to terrifying when Gavin sees things, things that move so quickly –they’re only a BLUR. 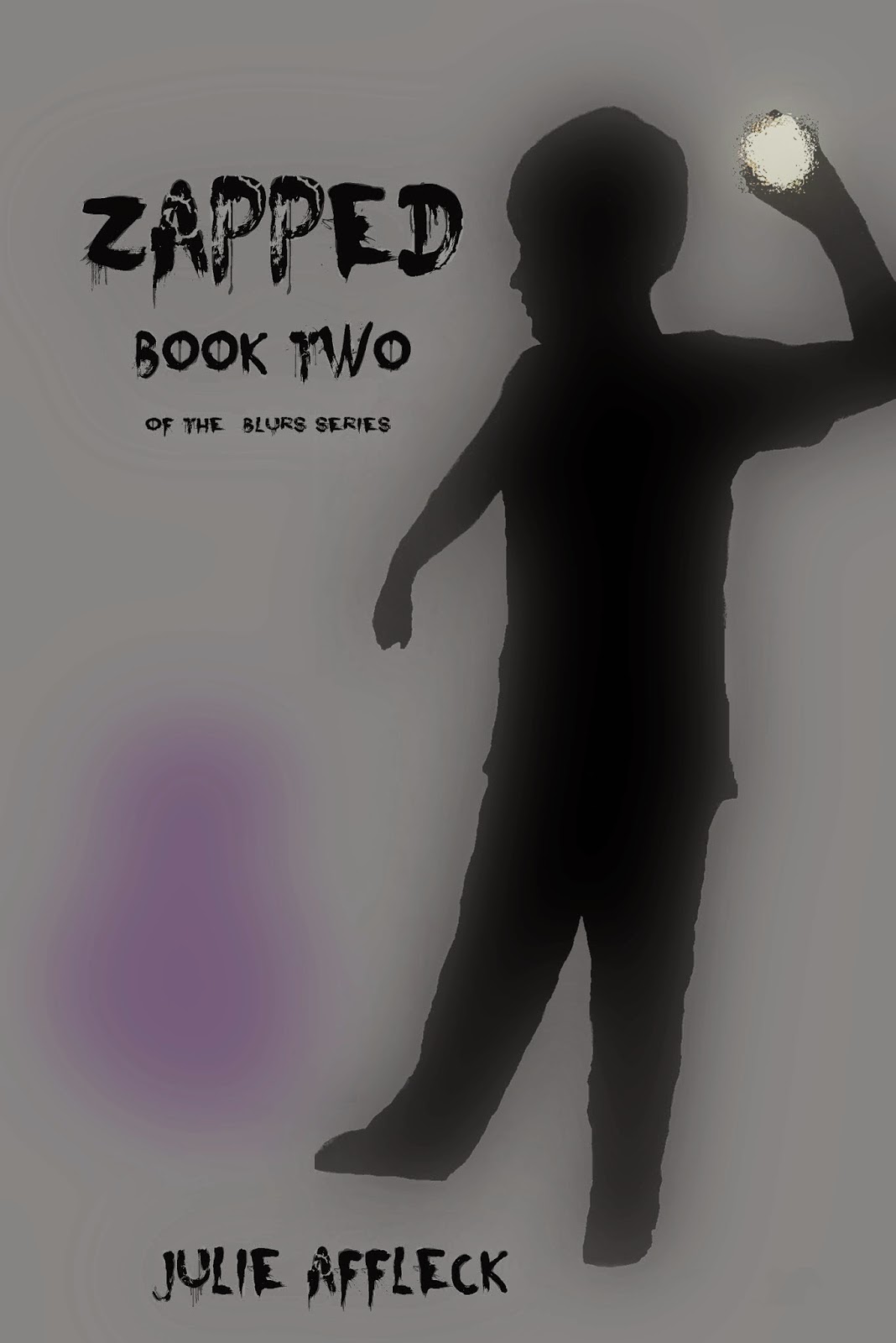 The blurs are back in Zapped, but Gavin is no longer afraid. In the second book of The Blurs series, Gavin meets another gifted - or cursed - child who can see the blurs: Jade. But unlike Gavin, Jade will do anything to get rid of her power. Can Gavin help Jade overcome her fears in time to combat the rising number of blurs? One thing is for sure - he has to try! Unexplained deaths have occurred in the tiny village of Mount Stewart, Prince Edward Island, for more than half a century. Every five years, to be exact, the river claims a victim.
This year, thirteen year old Leigh Kennedy and her friends are destined to die. Can Leigh find out why this has been happening in time to escape their fate?

(look close at the railing - see anything? I do!) 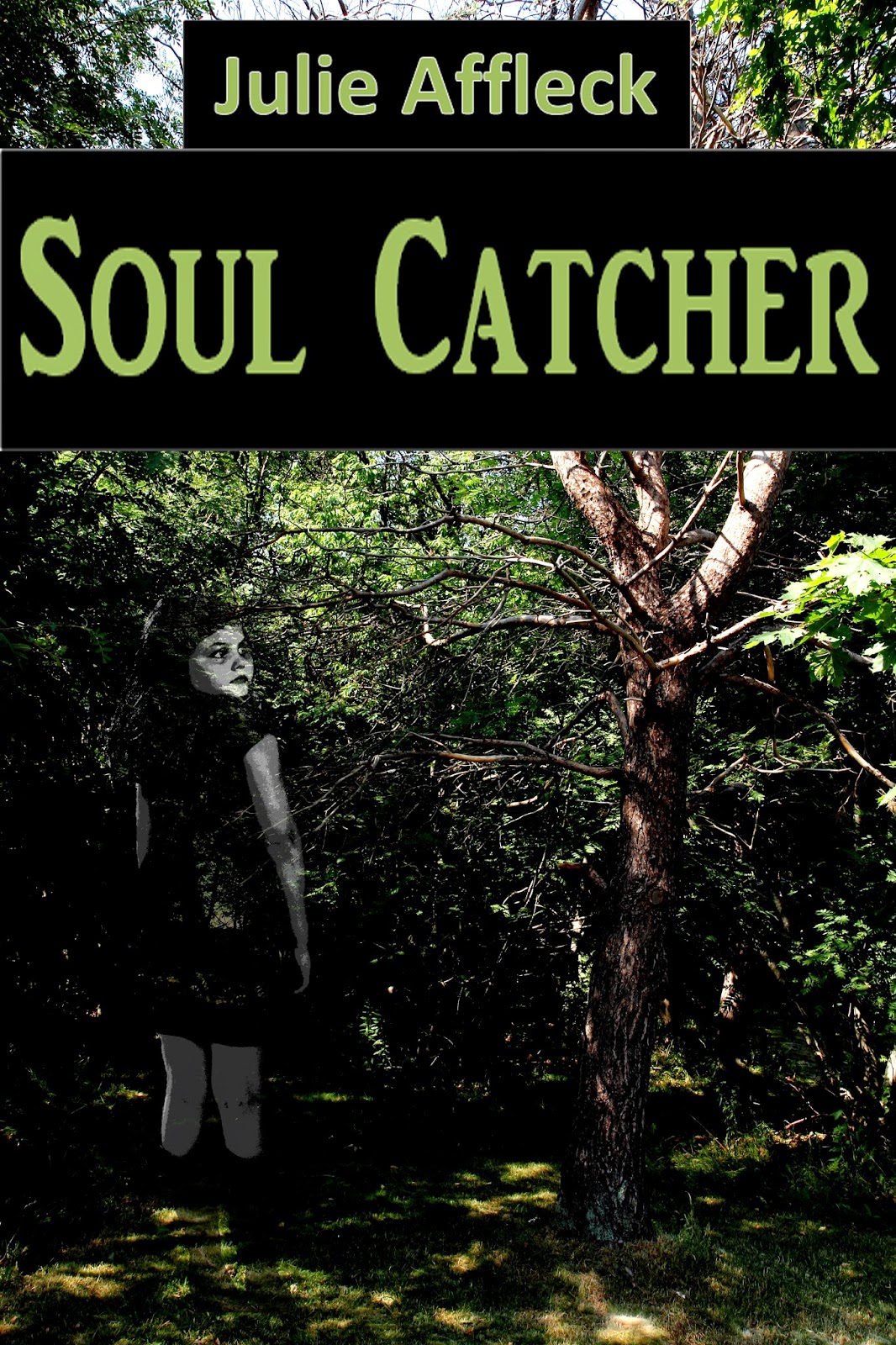 Thirteen-year olds Emily and Katherine befriend the new girl in town, Lanie. But when strange and terrifying events occur, is Lanie innocent, as she claims to be, or is she really to blame? 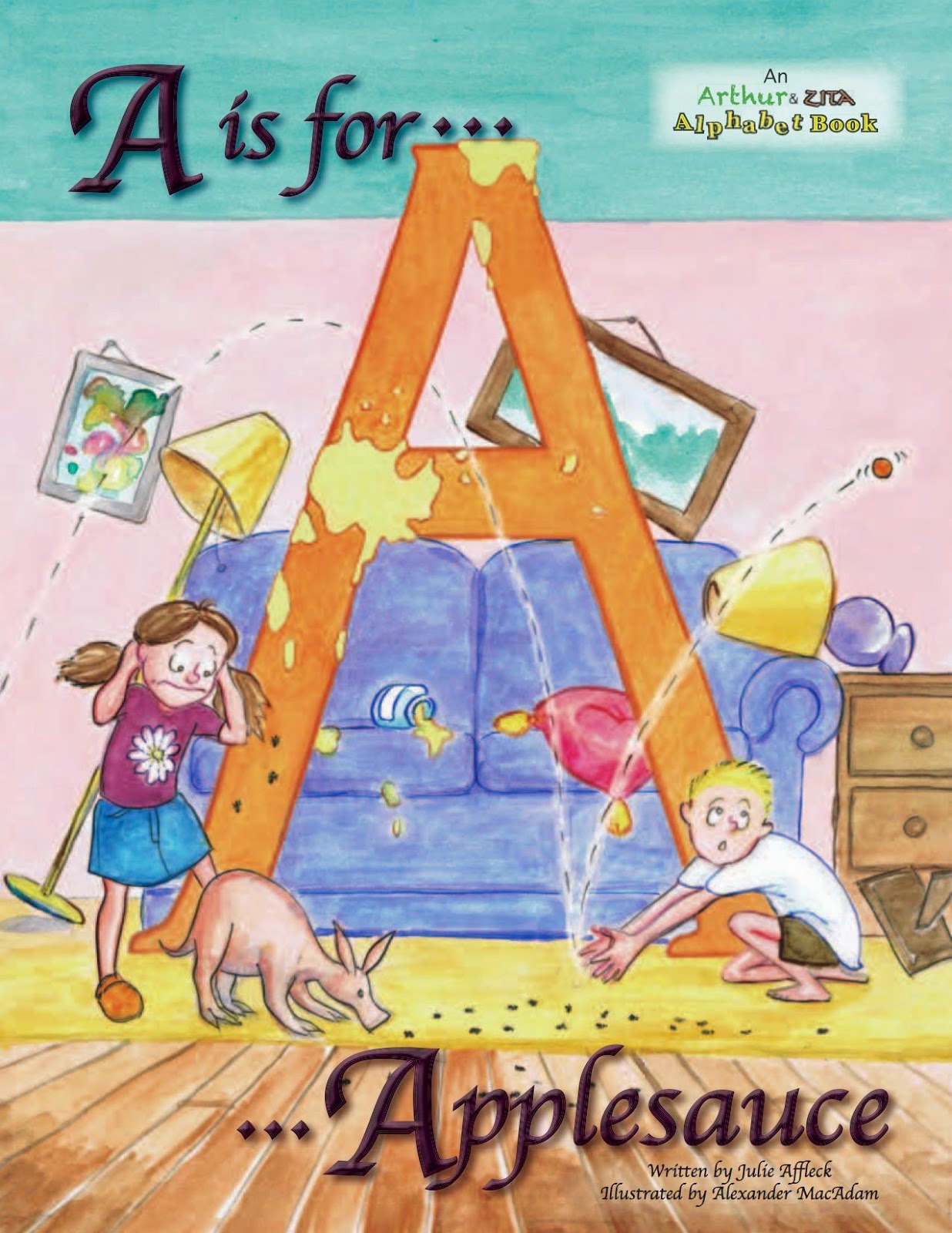 A is for Applesauce is the first in the Arthur & Zita Alphabet Book series. Nine year old Zita loves WORDS! and her favourite book is the DICTIONARY! Today is "A WORDS DAY". While she and her younger brother Arthur await the arrival of awesome Aunt Alice, Zita searches for all the words she can that begin with the letter A. A is for Applesauce tells of a trip to the Animal Zoo cut short, and other commotions, accompanied by A Words such as applesauce, ants, attempted arrest, angel food cake, awards, arguing, and antics. As a "day in the life" family adventure with expressive and colourful illustrations, A is for Applesauce is a read alone or read aloud book to be enjoyed by both children and parents. A is for Applesauce is a good choice to expand your child's A Words vocabulary using A Words in context and with a lively A WORDS GLOSSARY at the end of the story. 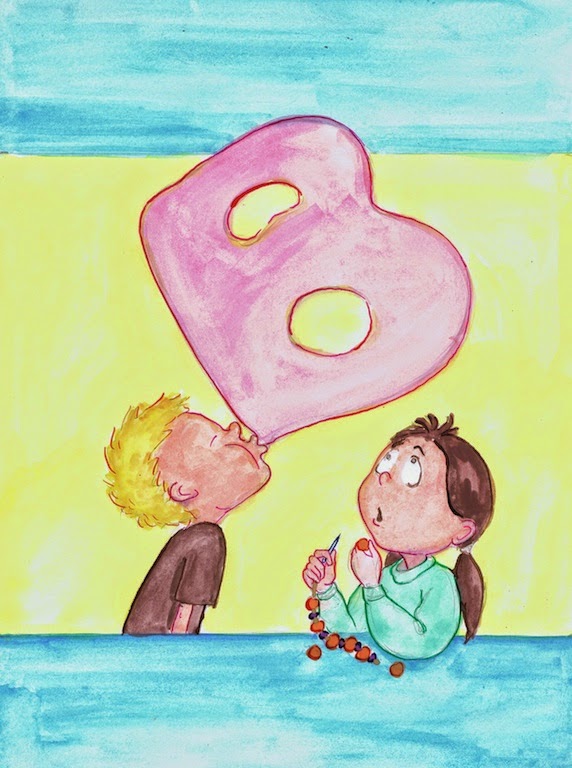 B is for Bubblegum! is the second in the Arthur & Zita Alphabet Book series, following A is for Applesauce. Nine year old Zita loves WORDS!... and her favourite book is still.... THE DICTIONARY! Today is B WORDS DAY. Arthur is baffled by B WORDS DAY, but he does like bubblegum - with three B's. Zita has a ballet recital tonight, but there is lots of time before the evening, for barging, banishment, beads, belching, bubblegum, and a beautiful bun, before the day comes to a brilliant end with a blazing blitz, bonbons and begonias. This "day in the life" family adventure series by Julie Affleck, continues with Julie's "in the moment" style of writing and Alexander MacAdam's expressive, observant and colourful watercolour illustrations. B is for Bubblegum! is a read alone or read aloud book to be enjoyed by both children and parents. B is for Bubblegum! continues in the same style as A is for Applesauce, and is the same good choice to expand your child's B Word Vocabulary. The bright B WORDS BLITZ GLOSSARY found at the end of the book lists over one hundred B Words used in the story, some very familiar, others less so. For those who may be interested, B is for Bubblegum! is accompanied by B is for Bubblegum! Word Play as a separate colourful activity book, directed to the grade three to five level. 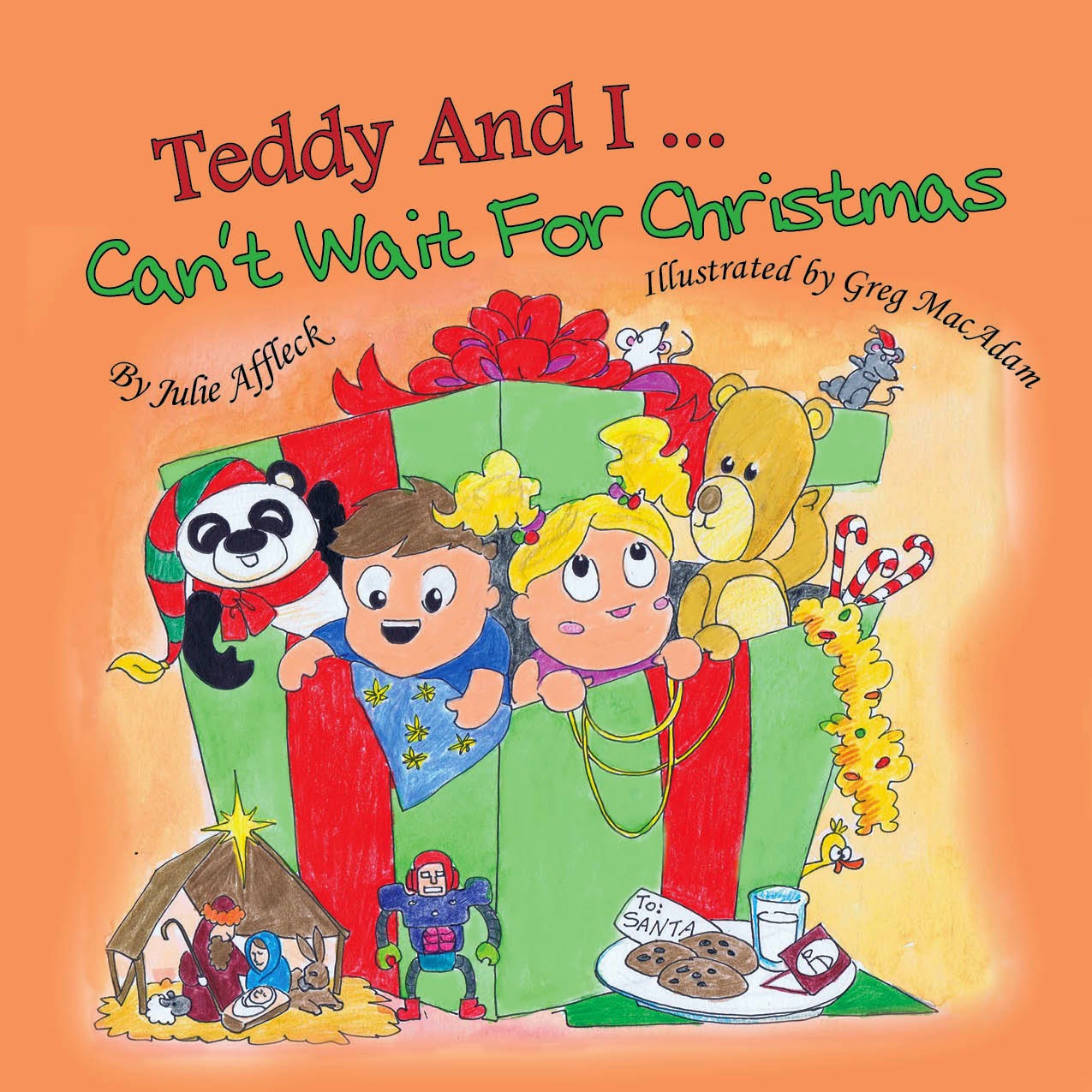 An engaging narrative in rhyme tells of the magic and joy of Christmas preparation as seen by two young children and their teddy bears. 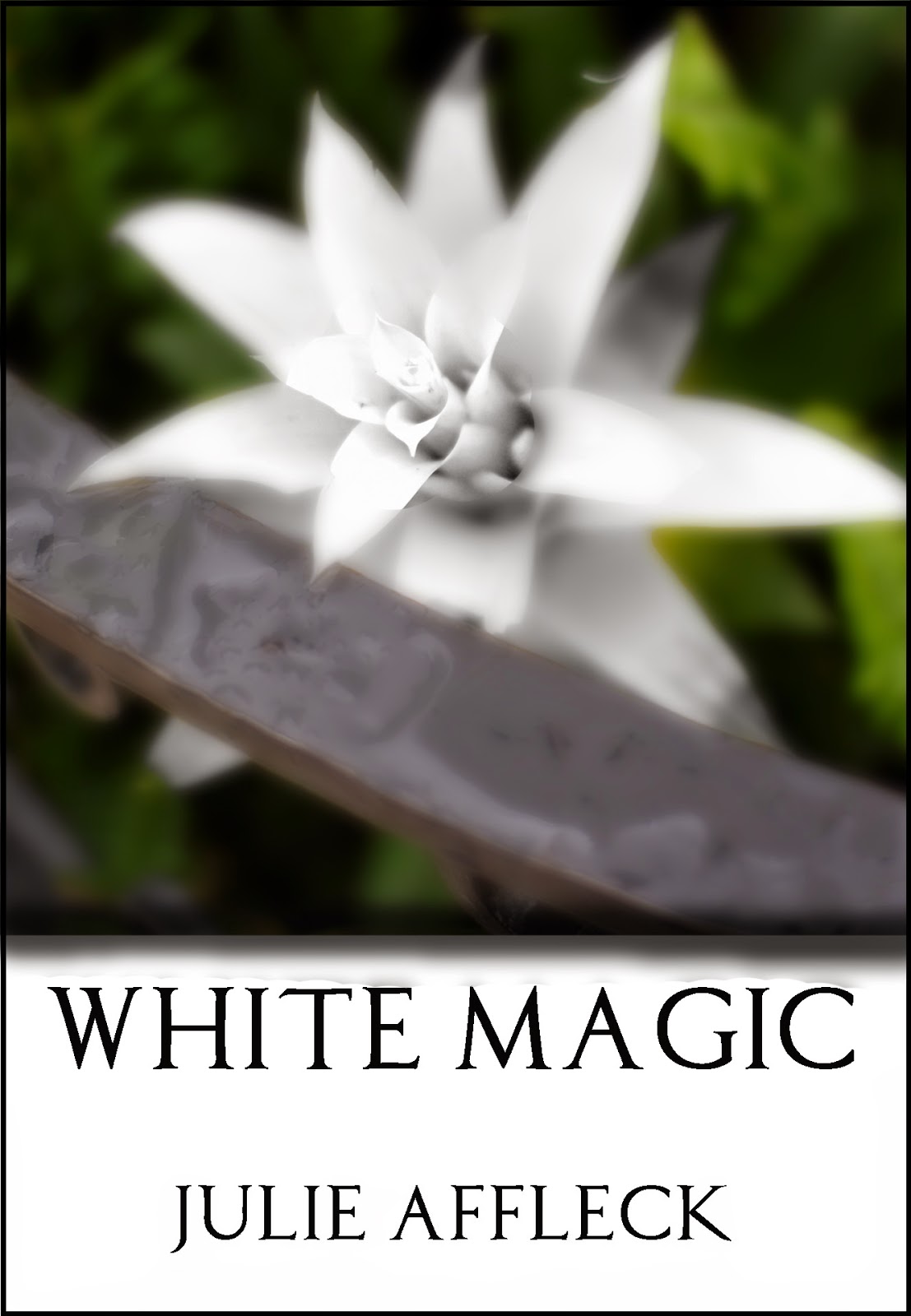 Fifteen year old Lily has a secret, has kept it hidden for as long as she can remember.
What teenager wants to be shunned for daring to be different? And wanting to become a witch is as different as it gets.
She is obsessed with witches. While other little girls dream of being princesses, that has never crossed Lily’s mind. Her only dream is becoming a witch.
She has her own spell book, none of witch - oops, none of which actually work, but it's her very own, and she's spent years building it up. She's tried to give up on her dream time after time, but it's impossible. It's part of who she is.
Lily's friends end up in the hospital, one after another, deathly sick. While Lily’s dream comes true and she’s gifted with powerful magic, is it worth the price she may be forced to pay?
Good battles evil.
White Magic. Dark Magic.

And here is a picture of my newest series started - Glimmershine School for Fairies! Just a picture - not the actual title yet. Its coming! Love it! 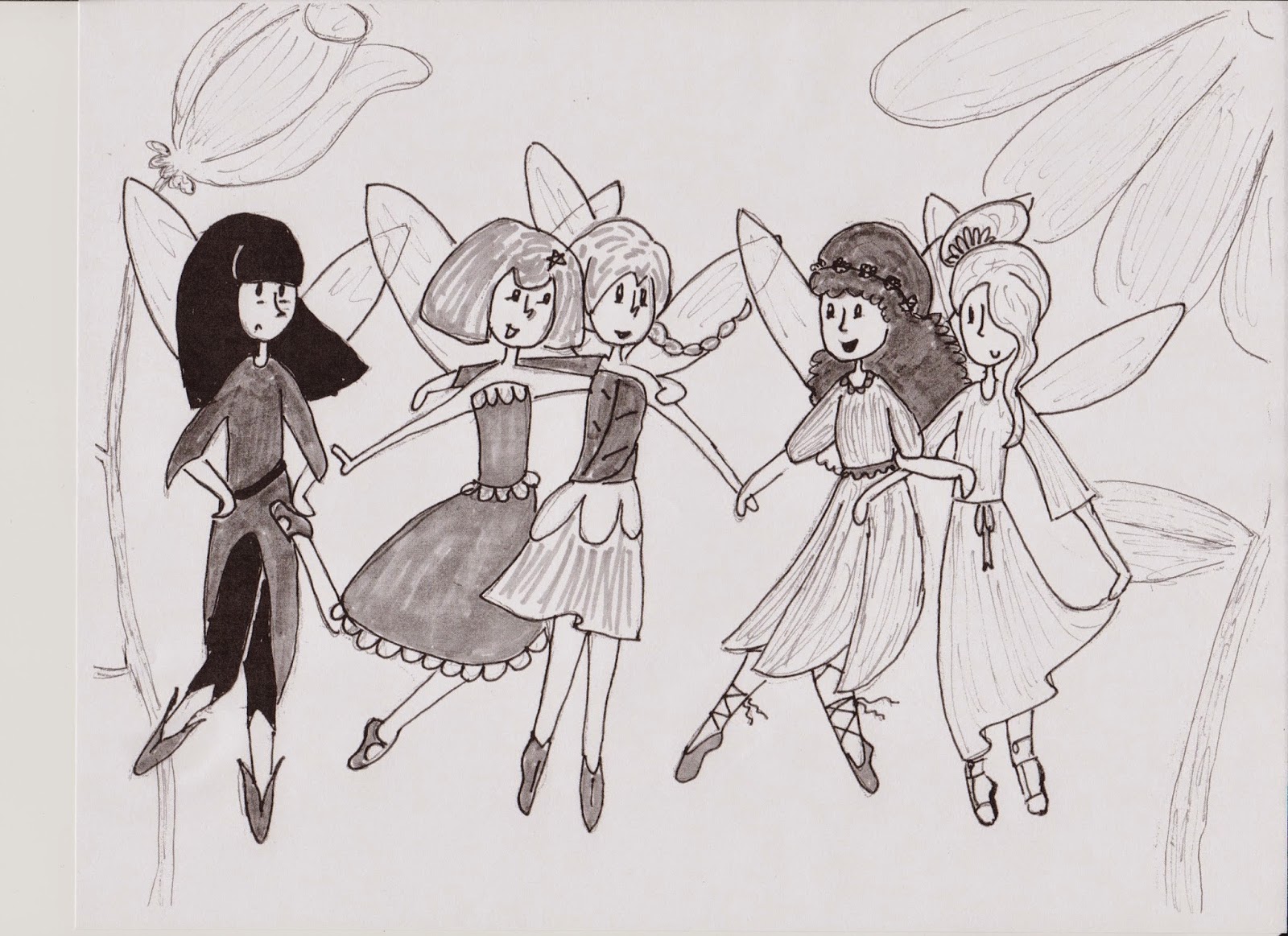 Email ThisBlogThis!Share to TwitterShare to FacebookShare to Pinterest
Labels: A is for Applesauce, B is for Bubblegum, Blurs, Glimmershine School for Fairies, Julie Affleck, Soul Catcher, Teddy and I, Unbelievers, White Magic, Zapped