White Magic is available for kindles, FINALLY!
It's listed for 99 cents for a while before the price goes up to 3.99.

Fifteen year old Lily has a secret, has kept it hidden for as long as she can remember. What teenager wants to be shunned for daring to be different? And wanting to become a witch is as different as it gets. She is obsessed with witches. While other little girls dream of being princesses, that has never crossed Lily’s mind. Her only dream is becoming a witch. She has her own spell book, none of witch - oops, none of which actually work, but it's her very own, and she's spent years building it up. She's tried to give up on her dream time after time, but it's impossible. It's part of who she is. Lily's friends end up in the hospital, one after another, deathly sick. While Lily’s dream comes true and she’s gifted with powerful magic, is it worth the price she may be forced to pay? White Magic fights Dark Magic. 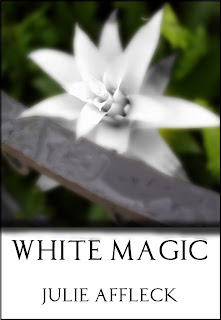